Contrary to popular belief, private, digital cellphone calls are not encrypted and, therefore, are easy to tap. One of the... 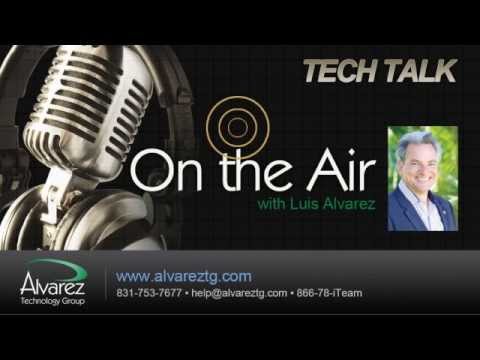 Contrary to popular belief, private, digital cellphone calls are not encrypted and, therefore, are easy to tap.

One of the challenges with unencrypted calls made on any mobile phone is they’re relatively simple to intercept. That’s an alarming prospect for governments and businesses where communications security is an absolute must. For businesses operating internationally in a world where industrial espionage is commonplace, unencrypted voice calling is a risk they can ill-afford to take. Even for the average person talking to their bank on a mobile phone and providing personal banking information is at risk of being hacked.

The service, provided in conjunction with wireless encryption provider Cellcrypt, is designed to give individuals, SMBs, and government agencies with end-to-end encrypted voice calling on iPhones, BlackBerrys, and Android-based devices regardless of the carrier network they’re on. The app also provides the National Security Agency (NSA) and other law enforcement officials easy access to intercept and review any calls made through it.

Provided both parties are using the Verizon Voice Cypher app to place or receive calls, the conversations are ostensibly protected for if they’re intercepted, the voice data is scrambled and thereby nonsensical to listen to.

It’s easy to set the service up. After downloading the app onto your mobile phone, you must register with Cellcrypt which will then give you a unique identifier. Think of it as a second mobile phone number. Once you and the people you’re calling are registered, you simply place your calls through the app, and the service encrypts the call. It’s not government-grade encryption that our armed forces use, but it does provide individuals and businesses with a form of security they do not have presently.

With respect to the NSA and wiretapping, there is a provision in the Communications Assistance for Law Enforcement Act that requires telecommunications firms to provide law enforcement agencies with the ability to tap the voice calls made on its networks.

In deploying Cellcrypt, Verizon essentially created a backdoor within the app for if and when authorities armed with a warrant come calling. That allows the NSA or the police to listen in on any encrypted call made via Verizon Voice Cypher.

To be fair, and unless you do something to capture their attention, the likelihood of your calls being targeted by the authorities is pretty small.

But if you’re traveling for business, are doing business overseas regularly, or work for a government agency, how can you be certain you’re not a nefarious hacker’s target?

Want to learn more about how to protect your business’s data in our increasingly connected world? Give us a call at 866-784-8326 or email us info@alvareztg.com. Alvarez Technology Group is the leading IT consulting firm for computer and business IT support throughout Monterey, Salinas, and the Bay Area.