Use of Facial Recognition Technology on the Rise in US Airports

According to the Customs and Border Protection agency (CBP), facial recognition technology has the potential to increase security and efficiency in moving travelers through the airport.

Use of Facial Recognition Technology on the Rise in US Airports

Airlines and US authorities are increasingly using facial-recognition technology in airports as part of the onboarding process for international flights to confirm a passenger’s identity on the airline’s flight roster and record the passenger’s official immigration exit from the United States. According to the Customs and Border Protection agency (CBP), facial recognition technology has the potential to increase security and efficiency in moving travelers through the airport.

The technology compares photos of passengers taken at airports with photos the government already has from various identification methods, such as passports. When passengers check-in for their flights, CBP pulls their government ID photos and puts them into a pool with the rest of the passengers on that plane, and as they board, their photo is taken and compared with the images in the pool. Facial recognition technology is used to verify travelers are who they say they are. 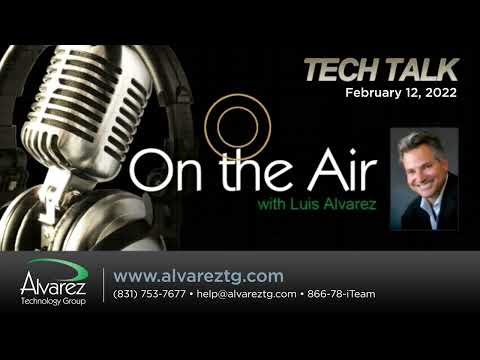 How Long Has Facial Recognition Been used at Airports?

Customs and Border Protection began developing facial recognition technology to comply with federal mandates enacted after 9/11. The laws instruct CBP to use biometric technology to screen international travelers entering and exiting the US. Among other biometric measurements available, including iris scans and fingerprints, the agency selected facial recognition. CBP  first partnered with Delta Airlines to pilot the facial recognition program at Atlanta International Airport in 2016. JetBlue became the first airline to board passengers using facial recognition software instead of boarding passes a year later. Currently, American Airlines, Delta, British Airways, and JetBlue all offer options to board US flights with facial scans instead of a boarding pass.

CBP currently uses biometric processing for entry into the US across 20 terminals and deploys the technology at 21 terminals to process passengers exiting the country. Even the TSA has also started testing facial recognition tech at some of its checkpoints as part of a larger biometrics pilot program. The agency has also partnered with airlines on touchless terminals like Delta’s in which passengers can use their face as their ID in the security line, and it has tested the technology at airports like Las Vegas McCarran, where it has an “innovation checkpoint.”

While scanning someone’s face is less physically invasive than a metal detector or pat-down, it comes with several privacy risks. Critics say the use of facial recognition in airports poses a serious threat to Americans’ privacy by enabling rapid and unwarranted monitoring of citizens. By consenting to facial recognition, the government can create a digital identity for you and track you without your consent or knowledge. The concern is that your face will be used to track and monitor you everywhere you go.

There are also serious concerns about CBP’s storage of this data. Customs and Border Protection stores facial recognition data collected by the airlines on US citizens for between 12 hours and two weeks and 75 years for non-citizens. That data is stored in several government databases, which border officials can pull up when you’re arriving or leaving the US. A database with millions of facial scans is extremely sensitive, and breaches seem inevitable. In May 2019, CBP revealed that thousands of photos of people’s faces and license plates were compromised after a cyberattack on a federal subcontractor.

Academic studies have also shown that some facial recognition algorithms are less accurate for some groups of people, depending on their skin color and gender. One study found that commercial facial recognition products from companies like Amazon and Microsoft had higher error rates for black women. According to research from the National Institute of Standards and Technology, others were more likely to give false negatives to white men. This suggests that, for women and people of color, facial recognition could cause an increase in the likelihood of being unfairly targeted for additional screening measures.

ACLU also expressed concerns that facial recognition technology could be used to run faces against watchlists. Once face surveillance becomes entrenched at TSA checkpoints, there will be even more pressure to turn those checkpoints into broader law enforcement checkpoints where people are subject to criminal, immigration, and intelligence watchlist checks.

All airlines and government agencies say that participation in facial recognition scans at domestic airports is optional for US citizens. On the other hand, visiting foreign nationals are compelled to participate on arrival and departure as part of Customs and Border Protection’s entry-exit program in place at several airports. The agency uses facial scans to ensure that non-citizens have not overstayed their visas, and it stores their images as well.

JetBlue, for example, has a sign in English on the counter at its “e-gate” boarding area and makes announcements about its program. Delta, which also scans faces at check-in, security checks, and baggage drop, notifies passengers they can opt-out in e-receipt and check-in reminder emails via on-screen notifications at self-service kiosks, through announcements, and on signs at bag drop counters and security checkpoints.

The key to opting out of face recognition is to be vigilant since you can’t count on getting advance notice. Be on the lookout for any signs that say you can opt out, but also be mindful that there maybe none at all. According to the CBP and the TSA, passengers who request not to participate in the facial comparison process may notify a CBP officer, TSA officer, or an airline or airport representative at the time of a facial recognition scan to seek an alternative means of verifying their identities and documents. Border officials or airline staff will manually check your passport or boarding pass as they normally do before you’ve boarded a plane. You may have to opt-out multiple times from arriving at the airport until you reach your airplane seat.

Trading privacy for convenience is a bad bargain, but opting out of facial recognition is easier said than done. Are you going to want to opt out at check-in? At baggage drop? At security checkpoints? At the gate? You can either surrender your right to anonymity and wait in the long line, or you can give up your privacy rights and go in the quick line.

For more information about our IT services, contact us today.