The United States Department of Homeland Security recently announced that they are looking to deploy robot dogs or Automated Ground Surveillance Vehicles (AGSVs) to help them monitor and patrol the nation's southern border.

As attempts to build physical walls across the United States’ borders stall, the government has increasingly turned to technological solutions, and robot dogs look like an obvious addition to this package. The United States Department of Homeland Security recently announced that they are looking to deploy robot dogs or Automated Ground Surveillance Vehicles (AGSVs) to help them monitor and patrol the nation’s southern border.

According to Homeland Security, the southern border can be an inhospitable place for man and beast, with Border Patrol agents having to contend with the rugged terrain, high heat and humidity, and hostile threats due to the illegal activity rampant at the border. That is exactly why a machine may excel there. The robot dogs can navigate autonomously or be controlled manually and be equipped with several payloads, including thermal and night vision cameras. The goal is to use the robot dogs to help US personnel cover more ground out on the field and reduce human exposure to life-threatening hazards.

The futuristic robot dogs from Ghost Robotics could shoulder some of the physically taxing and dangerous operational work and help agents and officers at the border – they weigh 100 pounds, can be equipped with video cameras or night-vision sensors, and traverse all types of terrain, including sand, rocks, and hills as well as human-built environments, like stairs. They can also operate in tight spaces and handle high heat and low oxygen—conditions Border Patrol agents struggle with. 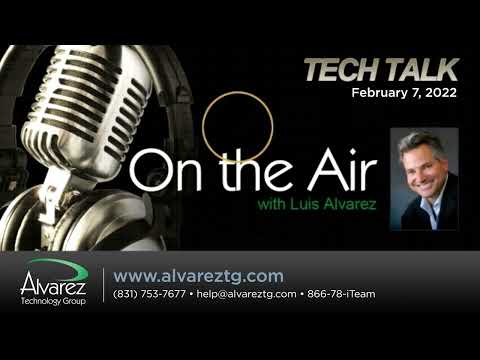 Homeland Security’s research and development advisor, the Science and Technology Directorate, has been working with US Customs and Border Protection and Ghost Robotics for the past two and a half years to develop and test the robot dogs for border patrol. The robot dogs underwent two testing phases: the initial payload integration phase and the use-case exercises.

During the initial payload integration phase testing in Lorton, Virginia, the team assessed the ease and integration of loading different payload cameras, sensors, and radios onto the AGSVs, and then tested their ability to be controlled from a laptop or a handheld remote. Payloads are video and other sensor packages that, after being mounted onto the robot dog, can transmit real-time video and other data back to the human operating or monitoring the AGSV. Movement on asphalt, grass, and hills was also evaluated.

Ghost Robotics designed their payload capabilities as an open system, making it easier to integrate different types of cameras, such as 360-degree, thermal, night vision, zoom, and sensors like chemical, biological, radiological, nuclear, onto the robots. Once mounted, the payload is plugged into the high-performance CPU that runs the AGSV. The AGSV maintains a connection to the operator via standard frequencies, such as radio, Wi-Fi, GPS, or other means during use.

After successful testing, the robot dogs were then shipped off to El Paso, Texas, for further trials in tough environments. This testing phase assessed the robot dog’s ability to maneuver in harsh environments, operate in tight spaces, and be unfazed by high heat and low oxygen conditions. To ensure that the AGSVs could deliver as promised, they were tested by walking up hills, down ravines, and over rocks while carrying 20-pounds worth of payload.

The battery-powered robots were trialed for outdoor sentry duty, autonomously patrolling pre-set GPS waypoints while carrying cameras and sensors, for inspections of train cars at railyards, and exploring residential buildings, including a scenario that simulated being met by potentially hostile individuals.

These tests confirmed the machine’s real-world capabilities. Though the robot dogs can’t make arrests, they will capture video evidence in the field and transmit real-time data back to headquarters. However, the dogs have limitations – they currently run on batteries and can only operate for about four hours before needing to be recharged. It’s not yet known when the robot dogs will be ready to patrol the border.

Real-World Use of Robot Dogs

Police have used robots for decades, usually for remote monitoring or to respond to bomb threats. But in recent years, the use of robot dogs in military and law enforcement settings has increased. US police departments started trying out the devices in the past few years – Massachusetts state police tested the robot dogs in 2019, while police in Honolulu used the same model to remotely screen its unhoused citizens for Covid and scan their temperatures.

Tyndall Air Force Base in Florida received its first robot dogs on March 22, 2021, and began using them in regular security operations. That product is a technological hybrid of Ghost Robotics and Immersive Wisdom, Inc., a geospatial software and platforms provider. An Israeli defense contractor in September 2021 also unveiled a remote-controlled armed robot that it said could patrol battle zones and open fire.

Community advocates at the border have long accused the US government of militarizing the region and using excessive surveillance, and the announcement of the robot dog testing doesn’t help matters. Critics see this new technology as a perfect illustration of the over-militarization of the Customs and Border Protection agency. DHS’ choice of vendor sparked additional concern. While most police departments leased their robot dogs from Boston Dynamics, which forbids customers from weaponizing any of their tech, DHS chose Ghost Robotics. The company courted controversy last year when it debuted a version of its robot dogs equipped with long-range guns capable of hitting targets at a reported 1,200 meters.

However, Ghost Robotics CEO, Jiren Parikh, defended DHS’ use of the robot dogs, saying that the robot dogs on the US border aren’t part of a military effort and any suggestion that they are is silly. The technology, he says, is designed to keep people safe and isn’t being militarized for the border or used to stop migrants crossing the southern border illegally. According to Parikh, the robot dogs with weapons are more like drones since they aren’t fully autonomous and require a remote human operator to make any decision to fire. Besides, the robot dogs being tested for use by the DHS don’t have weapons.

Parikh also believes that the future of robot dogs doesn’t necessarily lie in military or law enforcement use, saying that the bigger market for Ghost Robotics’ robot dogs will not be the military or even the government overall, but enterprise. The company is developing small and medium-sized robots with different capabilities and use cases. The robots could be used for safety inspections in manufacturing plants, airport security, mine inspections, or safeguarding nuclear power plants.