Over the past couple of decades, innovative startups like Uber, Airbnb, Twitter, Netflix, and others have built huge user bases by providing deeply discounted services.

Recently, you might have seen mainstream media coverage of what’s been dubbed the “millennial lifestyle subsidy.” Over the past couple of decades, innovative startups like Uber, Airbnb, Twitter, Netflix, and others have built huge user bases by providing deeply discounted services. These companies and others have continuously raised significant capital to scale up and grow their market share. With that capital, they’ve been able to endure years of losses as they’ve continued to undercut traditional service providers.

If you’ve followed these companies, you’re probably familiar with the term burn rate, which is the rate at which these startups burn through cash to scale. Uber alone burned through a whopping $23.4 billion in free cash flow between the start of 2018 and the end of 2019. That’s cash that’s subsidized the true cost of all of those discounted rides. 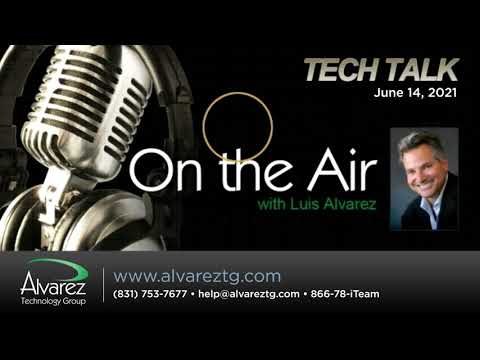 However, now investors are looking for profitability and a return on their investment. So these companies have begun to raise prices. The pandemic losses of Uber and Lyft notwithstanding, both companies believe they’re on a path towards sustained profitability that will start at the end of 2021. But both companies have been raising prices significantly in recent months to do so. And this development isn’t unique to ridesharing apps. Online delivery apps, vacation rentals, music and video streaming, and other disruptive innovations are now taking a hard look at their finances and raising prices.

This decision is not wholly an outgrowth of the pandemic, as some of these businesses grew revenue substantially during 2020. DoorDash, for example, benefited from a surge in consumer demand for its delivery services during quarantine and posted its first profit in the fourth quarter of the year. However, it has also raised prices as restaurants, facing higher costs, have raised prices for the cost of the food and the fees they charge on top of the app’s services. And the app itself has added fees in certain regions. A recent Wall Street Journal article detailed that online foodservice delivery costs have risen not only for DoorDash but also for GrubHub and Postmates.

For startup execs, it’s either raise prices or face extinction. The past decade has been littered with the corpses of startups with tremendous burn rates that went belly up. Remember MoviePass, which offered unlimited in-theater movie watching for a monthly fee? For a time. As MoviePass grew its subscriber base into the seven-figures, it quickly realized its operating model could not even be subsidized by its eager venture capital base. Within a decade, it went from being lauded as one of the most disruptive companies to filing for Chapter 7 bankruptcy. It’s far from alone. Think Munchery, Kettlebell Kitchen,  HomeJoy, Beepi, Shyp, Hollar, Peppertap, Exec, Tutorspree…the list goes on and on.

But many of the survivors have become so ingrained in the lives of Americans, especially millennials, that it’s hard to predict what the fallout will be. Their earnings were depressed by the economic fallout of 9/11 and the Great Recession, many millennials have come to rely on these subsidized services to get by. And in the wake of the pandemic’s uneven recovery, many feel the loss of this subsidy even more acutely.

Many of the world’s most popular service companies can simply no longer afford to operate with free or deeply discounted pricing models. And that is a challenge not just for consumers but also for businesses. Plenty of overcapitalized B2B startups with expensive business models have burned through cash trying to scale, failed to make a profit, and imploded. While its doors are still open, WeWork is a prime example. Others, like Cloudmine and AudienceScience, weren’t so lucky.

Is your business likely to be affected directly or indirectly by the vanishing millennial lifestyle subsidy? If you’re looking to address it by lowering expenses, you can unlock significant cost savings by re-examining and right-sizing your IT infrastructure and assets. For more than 20 years, Alvarez Technology Group has helped small and midsize businesses throughout Monterey, San Benito, and Santa Cruz counties improve their productivity and save money by deploying the right solutions. Contact us today, and let’s discuss how we can help you cut costs and optimize your operations today.