The U.S. Dollar Could Go Digital

Digital currencies' ascent to global stardom put world governments on alert. Some administrations like China are already tinkering with digitizing their currencies.

The U.S. Dollar Could Go Digital as the New Fed Report Suggests

Key Points From the Article:

Digital currencies’ ascent to global stardom put world governments on alert. Some administrations like China are already tinkering with digitizing their currencies. Now the U.S. government is dipping its toes in the water.

The government has been talking about the feasibility of a digital dollar. For a long time, the cryptocurrency market has been independent with very few rules other than buyer beware rights.

There are lots of crypto products out there, and all of them are only backed by nothing other than the full faith and the service of the people owning the coins. 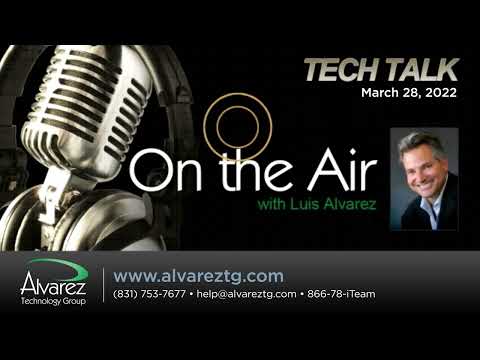 The US Government’s Interest in Cryptocurrency

The government is starting to think that cryptocurrency is something they need to manage or regulate and maybe even put their own Fed coin to compete in the marketplace.

Countries worldwide are starting to discover that the independent crypto markets function as currency markets, but aren’t being controlled by anybody. Countries risk facing huge problems when they can’t control their currency or currency market within their borders.

The Fed started the debate over the U.S. central bank creating a digital currency. The government published a report showing interest in creating Fedcoin — a purely digital version of the dollar backed by the government.

According to the report, the Fed-backed digital dollar would provide nearly all the benefits that cryptocurrencies offer without the huge price swing and usage fee. Theoretically, the digital U.S. dollar would offer the best worlds of physical and digital currencies.

The cryptocurrency market is valued at approximately 1.7 trillion dollars and appears to pique government interest. The Fed wants to establish a framework for creating the official digital currency to ensure crypto doesn’t fall into the wrong hands.

More importantly, the U.S. government doesn’t want to continue seeing cryptocurrencies as a medium to fund and finance cyber crime and terrorism, especially now that Russia is forcing countries buying oil to pay them in bitcoin instead of other currencies.

The Russians cannot use all the other currencies because most of their assets are frozen. If they are paid with cryptocurrencies, they could move the crypto around and convert them into dollars in places that allow it.

Russia wouldn’t want to use the dollar as the world’s reserve currency. Instead, they would want to use it as a hammer against nations they believe aren’t playing fair.

If the dollar is devalued or becomes less necessary for a country like Russia, the effect would mitigate some of the sanctions that the government uses to punish them.

For years, lawmakers and financial experts have been talking about the need for the U.S. to create its cryptocurrency. It looks like the day is finally on the horizon.

Recently, several high-profile officials have come out to support a digital currency, arguing that it would cut fees, eliminate transfer waiting periods, and allow people without bank accounts to transfer money across borders. While the hurdles to overcome are still there, it’s clear that the U.S. is moving closer to creating its cryptocurrency.

The Federal Reserve is examining issues around digital currencies and payments, such as:

The Feds are considering everything around potentially issuing its own digital currency.

The Fedcoin Would Come With Plenty of Benefits

The Fedcoin would be free from liquidity risk, credit risk, and volatility, which has made spending with cryptocurrency less reliable.

In the report, the Fed said the digital cash would also allow for more flexible transactions. People can schedule payments for a specific time and use digital cash for small transfers that the traditional dollar could not allow for.

While services like Venmo and PayPal already have many transfer capabilities, the digital dollar will allow people to transfer money without needing a third party.

Even more, a digital dollar would even improve payments across the borders. However, international digital dollar transfer would require new infrastructures, enforcement to curb illicit finance, and government coordination.

A digital dollar will do away with long settlement times and transfer fees in the long term.

The Fed’s report warns that a fully digitized dollar will not be short of pitfalls. For instance, allowing the Federal Reserve to back digital payments will change the core of the U.S. financial system.

While commercial banks rely on deposits to offer loans, the digital dollar will replace cash that commercial banks hold with digital wallets that private sectors offer. Such a move will make it difficult for people to take loans.

What’s more, the stability of the digital dollar would make the traditional measures that the government used to prevent massive outflow inefficient if citizens rushed to convert their money in the bank to the digital form.

The Federal Reserve took a crucial step in considering the creation of its digital currency, a move the government says will help to ensure the U.S. dollar dominates the fast-growing private cryptocurrency.

The Central Bank is now waiting for the confirmation of the White House and Congress to proceed with the issuance of the digital dollar. At Alvarez Technology, we’ll continue to share with you business interesting tech news. Contact us today for tech solutions.