The Rise of Microchipping

There's an old saying that goes, "I have got money in hand," and now, with the rising microchipping technology, that's going to be true.

The Rise of Microchipping: The Chip in Hand Implant that Lets You Pay With Your Hands

There’s an old saying that goes, “I have got money in hand,” and now, with the rising microchipping technology, that’s going to be true. A British-Polish company is developing a way of putting money in your hand. Not in the traditional way, but in a whole new way, and it got many people talking.

The company sells implantable payment chips that you can use to pay wherever contactless payment is accepted.

The world has been working on such technology for a few years, but until the past decade, the technology was available commercially. The tech is a natural advancement in the way that we make payments. 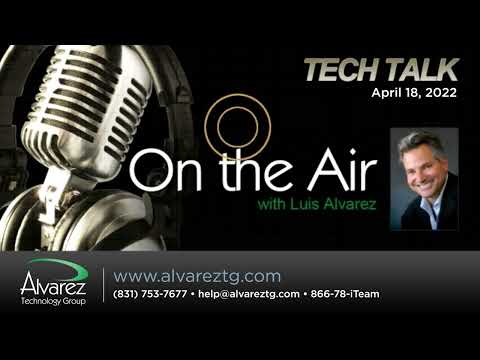 The Technology that Makes Payment with Hands Possible

The company has developed a microchip that weighs less than a gram and is smaller than a grain of rice implanted in your hands. The process of chip implantation isn’t painful because the company ships the chip with local anesthetics.

After implantation, you have to activate the chip using a digital wallet app, and you’ll be able to buy with your hands in outlets that accept contactless payment methods.

The chip comprises a tiny microchip and an antenna wrapped in a naturally sourced biopolymer capsule that’s medically certified.

No Need to Carry Anything to Make Payments

Other contactless payment methods require you to carry a smartphone, credit, or debit card. The chip-in-hand technology takes away everything out of the payment equation. You just have to hold your hand over a reader and make payment.

Even though the story doesn’t specifically mention it, the technology will eliminate the need for smartphones to pick a credit card that you will pay with. Instead, you’ll use a chip implanted in your hand to pay for things.

The technology is being tested in Europe, but it’ll quickly come to the U.S. and spread to other parts of the world because people will only have to wave their hand at the reader and complete their payment.

The Potential Dark Side of Chip-in-Hand Technology

Many people are concerned about the invasiveness and security nature of the payment chip implantation. There is fear, uncertainty, and concerns about human microchips.

U.S. lawmakers have been calling for a preemptive ban on human microchips.

The lawmakers argue that while microchips offer alluring benefits of speed and convenience, they carry privacy and security concerns. The major concern with the NFC technology is that it can allow third parties to do the following:

People fear that a hacker can intercept the information transmission between NFC devices and alter the data the chip relay to the reader. Like any other device, the chip implantation has security vulnerabilities, and attackers can potentially hack them even when implanted.

Many people are also concerned that the chip implantation can reveal a lot of personal data, such as:

With all the above private data, implanting the chip without appropriate security, safety, and privacy measures poses the dangers of a cybersecurity nightmare. People are raising privacy and security objections against hand technology and other biometric technology because it poses a great danger if hacked.

Advocates of Chip in Hand Technologies Insist That They’re Safe

The manufacturer of the payment chip insists that their technology is largely protected from hacking, has regulatory approval, and works immediately after the implantation.

The technology advocates say that they work to see if and how they can benefit humanity from microchip technology. In this case, the company focuses on people tired of taking out their wallets or phones to make payments. The chip implant allows users to skip the step.

The CEO and founder of the microchip company insist that the chip implantation is simple and painless. However, he advised users to seek professional implantation in hygienic conditions to prevent complications.

The chip implant expires five years after activation, and you should be able to replace it easily.

While the payment chip implantation is only legal in U.K. and countries in the European Union, other parts of the world will soon embrace it because of its convenience. All you’ll need to make payments will be to bring the impact in close contact with an NFC reader, and it’ll process and send a response request to make payment.

Addressing the fears of implanting the chip in hand technology, the company says it ships the chip encapsulated in a biopolymer material that is medically certified. You don’t need to worry about the chip developing medical complications.

You won’t need to worry about privacy and security. The company has posted a video on YouTube explaining that they ship NFC chips. NFC Chips only become active when they’re within the electromagnetic field of a specific reader. The NFC technology limits the chances of hackers stealing or manipulating the information that the chip stores.