The End of 3G Networks

About 20 years ago, the emergence of 3G networks ushered in an era of wireless data. These networks made it possible to integrate systems with our vehicles, use apps on our phones, and do numerous other tasks on the go.

The End of 3G Networks: How Will This Affect Your Devices

About 20 years ago, the emergence of 3G networks ushered in an era of wireless data. These networks made it possible to integrate systems with our vehicles, use apps on our phones, and do numerous other tasks on the go. However, as carriers moved to 4G networks and now 5G, the era of 3G networks is coming to an end. As a result, some services and devices will become obsolete. 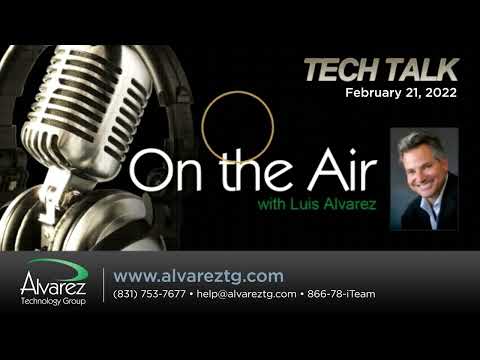 Why Are 3G Networks Being Shut Down?

As mobile carriers strive to upgrade their networks to use the current technologies, they periodically phase out older devices, like 3G networks, to free up infrastructure and spectrum to support newer devices such as 5G.

Similar transitions have happened before. For instance, there are mobile carriers who phased out their 2G network when upgrading their networks to support 4G services. Carriers have the flexibility to choose the types of services and technology they deploy. This includes decommissioning older services in favor of newer services to enhance the user experience and meet consumer demands.

When Is 3G Shutting Down?

According to the FCC’s official page, the 3G shutdown timelines for each carrier are as follows:

The network carriers say they will contact you by postcard or phone to inform you whether the shutdown affects your phone. They also said they would most likely offer the affected customers a free new 4G or 5G phone. Nonetheless, some individuals may fall through the cracks – for example, people using hand-me-down phones for which the carrier doesn’t have the current ownership record won’t be eligible to receive the free phones.

When Are the Shutdowns for Boost, Cricket, Straight Talk, and Other Small Carriers?

The smaller carriers are relying on the bigger carriers’ timelines for shutting down 3G services. For example, given that Cricket Wireless operates on AT&T’s network, its 3G services ended on February 22, 2022. Cricket customers will require a 4G LTE phone that’s compatible with HD voice.

Other small carriers are a little bit more complicated. T-Mobile sold its subsidiary, Boost Mobile, to Dish Wireless but still offers it with a 3G service that is shutting down.

Is Your Phone Affected?

Suppose you have a device created in 2012 or earlier, using your phone to make calls is on borrowed time even though some features may continue to function after the shutdown. Not just feature phones and flip phones are affected, some early smartphones may also be included in the list, and you can never always tell by the marketers’ names.

As such, just because you own a phone that has the 4G label doesn’t necessarily mean that it will work. Earlier on, the 4G destinations referred to data-only network services like social media, sharing photos, browsing the internet, among other services. But these 4G phones have fallen back on past technological standards in terms of voice call quality. It’s only after HD Voice or Voice over Long Term Evolution (VoLTE) came along that 4G became ideal for calls too.

In case you still use 2013’s Samsung Galaxy S4, an iPhone 5 introduced in 2012, or prior models, they won’t be able to receive or make calls once 3G is shut down. Certain other devices may be able to handle calls only after their software has been updated to HD Voice or VoLTE.

What Should You Do if Your Phone Is Affected by the 3G Shutdown?

Suppose you have a 3G phone that’s about to lose connection functionality, the simplest way to avoid the issue is upgrading to a newer device, just as was advised by the FCC. This means purchasing a new phone that can connect to 5G and 4G LTE networks. In case you’ve signed up with a major carrier, the chances are that they have incentives that cover the cost of upgrading to a new device. And suppose you qualify, the FCC’s Lifeline program might discount your phone service.

Suppose you don’t wish to upgrade your device and are signed up for a mobile service, ensure that you contact your carrier and cancel that line associated with it to avoid paying for a phone line you aren’t using.

Will the Shutdown Affect Any Other Device Other Than Your Phone?

The 3G shutdown will also affect other devices other than phones. To be specific, connected devices ranging from home security to car navigation systems to medical equipment that rely on 3G networks will be affected.

There’s a bad news/good news aspect to connected devices that rely on 3G to operate. The bad news is that you’ll be tasked with contacting service providers to find out whether the affected devices can be upgraded. But on the bright side, device makers and service providers have known well in advance that the shutdown would take place.

What Benefits Could You Get From This Inconvenience?

Most people who use 3G phones are usually not interested in wireless data connection. And so, talking about how 4G LTE and 5G will make connections become much faster typically leads to them making cranky comments about how they dislike TikTok.

But the transition is beneficial even for such people. The migration from 3G to 4G or 5G enhances voice call quality, given that these networks use more advanced audio codecs. Additionally, using low-band 3G channels for 5G is a crucial part of mobile carriers’ attempt to provide cheaper home internet service in rural and suburban areas.

Contact us today for more insights on emerging technology trends and information on our IT services.