Big news broke out of Netflix that too many people are sharing Netflix passwords with family and friends to access their streaming services for free.

Big news broke out of Netflix that too many people are sharing Netflix passwords with family and friends to access their streaming services for free.

According to research reported by the Guardian, more than a quarter of Netflix’s UK subscribers — nearly 14.9 million users — allow other non-paying households to use their accounts.

In a letter to shareholders, Netflix admits that while sharing credentials promoted the company’s growth to 222 million paying subscribers globally, approximately 100 million more subscribers are accessing their services using a shared password. 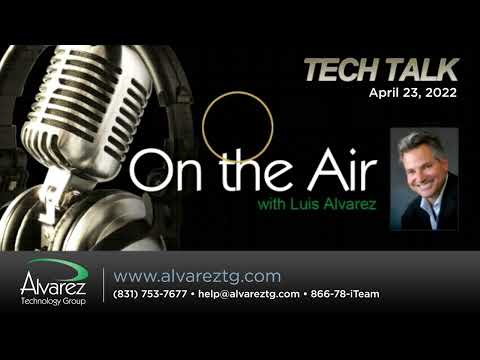 Possible Reason For The Drop-in Subscribers Other Than Password Sharing

For the first time in its history, Netflix has reported a drop in subscribers — not significant, though, because they have hundreds of millions of subscribers. The company says that they have reported 200,000 fewer subscribers since the increase in subscription prices earlier this year.

People appear to decide they can get their movies and content elsewhere. The drop might also be an increase in competition for streaming services. People today have a lot of streaming options out there, such as:

Some folks have just decided to shift to movie streaming services. To make up for the revenue drop because of the reduced subscribers,  Netflix decided to crack down in sharing of credentials. The crackdown targets households that are sharing credentials without paying.

The streaming giant has been testing systems to detect password sharing to stop it and force people to get their accounts.

To pull out the crackdown, Netflix might use several approaches to identify accounts with many people. Some ways include:

Using geolocation: If you have multiple devices at your house like a fire stick and different TVs and have them logged into Netflix, you don’t have to worry about the company forcing you to buy new accounts.

However, if you’re logging in with credentials in different locations or states, Netflix is planning to log them all out, and you have to re-login. If you try to log into two different geolocations, Netflix will deny the second location.

Geolocation restriction is one thing that has been done with other streaming services, and Netflix can implement it too successfully.

Forcing people to log in when traveling: Netflix might force its user to log in to the new location they’re traveling to if they note a location change.

Like in the old days, credit card companies would deny you services if you traveled without telling them in advance that you’re shifting locations. The credit card company used this restriction to ensure that it’s you and not someone who stole your credit card.

Netflix might consider applying restrictions to user accounts such as:

In countries like Costa Rica, Chile, and Peru, Netflix is already asking subscribers to pay an extra $1.57 to $2.61 per password sharing.

Netflix Problem Could Be Market Saturation

Many people think that Netflix’s problem is that the streaming market has reached saturation, and that’s why they’re moving in the direction of blocking password sharing.

Market saturation isn’t far from the truth. Recently, CNN announced that they are pausing their short-lived CNN Plus streaming services. The news streaming service has only been around for a couple of months and didn’t get any traction.

Many streaming services are finding that they’re not growing and adding new subscribers because people already have all the content they want. Unless a streaming company has something new and compelling, people aren’t going to stick around.

The streaming market has become saturated, which translates to more choices for consumers who are getting concerned about the cost of streaming subscriptions. Every streaming service is locked in an all-out war to get a piece of the subscriber pie, but there might not be enough subscribers to go around.

The world has over 200 streaming services, and consumers have too many streaming options. The fierce competition shows that the streaming industry could decline before improving.

The streaming market in the EU and U.S. has become too crowded for Netflix to continue its growth trajectory. Netflix will face problems getting new subscribers in the U.S. and EU markets because it’s clear that the world is now post-peak-stream.

Alvarez Technology Group Will Keep You Current With Technology Trends

Technology is a critical part of nearly all businesses — regardless of the industry. Like what’s happening to Netflix, tech changes rapidly, and your business needs to stay up to date with trends to help you stay above your competition.

Alvarez Technology Group will help you stay current with technology that can help you reach your company’s goal more effectively. Contact us today for tech solutions and news to help your business thrive.