The History of mRNA and How It Is Being Used Today

MRNA is a hot-button topic in the world right now. It became widely used when the Covid-19 vaccines were being created.

The History of mRNA and How It Is Being Used Today

MRNA is a hot-button topic in the world right now. It became widely used when the Covid-19 vaccines were being created. The Moderna and Pfizer vaccines use mRNA technology to teach your body how to fight Covid-19. Some companies are also studying mRNA to see how they can use it to fight other diseases. 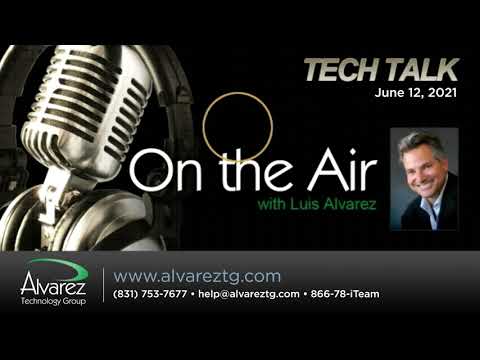 First off, it is a technology that is going to revolutionize medicine. It isn’t just something that is going to be one-and-done with the Covid-19 vaccine. This is a technology that scientists will apply to many medicines and vaccines in the future. MRNA stands for Messenger RNA. You are probably familiar with DNA, the genes that make up who you are. RNA is a part of all of our bodies. It is used to deliver instructions to your organs and plays a huge part in keeping your body running.

MRNA is a relatively inexpensive technology to develop. This means that some diseases that previously didn’t have a vaccine due to lack of research money are at an increased likelihood of getting a vaccine now. Before, there wasn’t a ton of money spent to develop one because it impacted so few people. With mRNA being inexpensive, it opens up a lot of doors.

For years, scientists have been trying to figure out how to use mRNA to create things to help people’s health. However, they did not have the resources they needed to finish studying the technology for a long time. When Covid-19 came around, suddenly, many doors opened for them, and they had access to many resources they didn’t before. This expedited the research process and explains how they were able to get the vaccine done so quickly. They did not just come up with this in the months following the beginning of Covid-19. It was something they had been studying for quite some time, and once the legal red tape was lifted, they were able to finish the research.

Back in the 1990s, Katalin Karikó was a Hungarian scientist studying mRNA and saw its potential for saving lives. However, the science was considered too risky, so she couldn’t get any grants to study it further. By 2005, she and Drew Weissman, an immunologist, discovered a way to sneak mRNA into the body without immediately triggering an immune response.

The discovery mostly flew under the radar, but Derrick Rossi and Ugur Sahin took notice. They would later form Moderna and BioNTech, which were companies at the forefront of the Covid-19 vaccines. Pfizer ended up collaborating with BioNTech, and that is how they ended up in the mRNA game.

A traditional vaccine will create a diluted form of a virus. That diluted form is then injected into your body. Your natural immune response is then triggered, and your body learns how to fight off that virus. The idea is that if you are then exposed to the actual live virus, your body will already know how to deal with it. This means you should either avoid getting sick or get much less sick than you would have had you not gotten the vaccine.

MRNA, however, works differently. Scientists created a synthetic RNA sequence that is injected into your body. It teaches your body how to create the proteins needed to fight off the virus. This way, if you are exposed to Covid-19, your body is already aware of how to make the protein to defend yourself against the virus.

Pfizer and Moderna are using mRNA technology which makes it a two-shot vaccine. The first shot kind of wakes up your body and gets your natural immune system to start reacting to the synthetic mRNA. The second shot then reinforces the message.

Johnson and Johnson is using the old-style, so their shot is only one dose.

We want to help you with your technology questions. Contact us at Alvarez Technology Group today!