A year ago this month, signups started for the Affordable Care Act, aka Obamacare.  If you’ll recall, it wasn’t a... 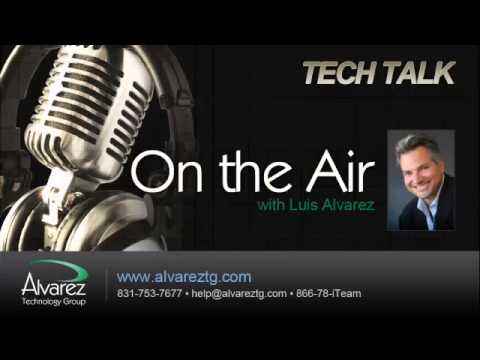 A year ago this month, signups started for the Affordable Care Act, aka Obamacare.  If you’ll recall, it wasn’t a smooth process.  In fact, the words “debacle” and “disaster” come to mind when you remember those early days and the horrendous malfunctioning of the website. It was essentially impossible to use the site to enroll in the insurance plans, which caused frustration and gave ammunition to the critics of the ACA who claimed that it clearly demonstrated that the government should be in the healthcare business. (Never mind the whole Medicare thing!)

It’s a testament to the skills and abilities of the people that the Obama Administration brought in from Silicon Valley that they were able to fix almost 100 of the problems within 90 days, so much so that by the end of the sign-up period in March, over 8 million people had been able to complete the process, the vast majority of those in the last few weeks before the cut-off period. In fact, one of the underreported elements to this story has been the role technology played in enabling the ACA exceed its goals and the role it continues to play to this day.

The ACA website is the most visible piece of technology, obviously.  Despite its early problems, the reality is that without the sophisticated nature of the website and how it was used to tie together a multitude of databases that could determine what kind of insurance and what subsidies an applicant was eligible for, you could never have signed up so many people in such a short amount of time. To me, it’s also an example of how quickly the American public has embraced the self-serve society that we’ve become.  From buying health insurance online, to checking into flights using kiosks at airports, to using self-checkout lines at the grocery store, we’ve gotten used to having technology available that lets us rely on ourselves to accomplish things rather than be dependent on others to provide a service.

Technology is also a key part of the biggest goal of the Affordable Care Act: to bend the cost-curve of healthcare so that it does not continue to grow astronomically. Although it’s only been a year, the evidence so far seems to indicate that that is indeed happening.  As part of the ACA, the federal government provided billions of dollars in incentives to physicians to upgrade their technology, especially in the way medical records are maintained.  Prior to 2010, for example, over 70% of doctor’s offices in the U.S. maintained most of their patient records on paper, but in the last four years, that number has flip-flopped so now more than 75% of doctors use electronic medical records systems that allow them to exchange information electronically as a way to reduce costs and eliminate costly duplication of tests.

There are still concerns about privacy and security, though, both with the ACA website as well as with the way digital records are protected.  To be honest, the smaller the healthcare practice is, the more likely that they are not doing everything they should be doing to protect patient information, but at the upper end, the security practices are pretty well handled because the federal and state fines for intentionally or accidently releasing that information can be very painful.

The use of technology in healthcare will undoubtedly continue to grow, especially given the fact that more and more people want to be in charge of their own healthcare and not be reliant on doctors.  Self-diagnostic tools and gadgets are being introduced daily, which let people monitor their own health better and more frequently, and the number of startups that are working on new healthcare-related has mushroomed.  Another area that will have a bigger impact in the future is telemedicine, the ability of physicians to use internet-based technology to diagnose and treat petients in their homes and other remote locations at a fraction of the cost of having them come into the office.

So, on given it’s only a year old, the ACA as policy is still a work in progress, as you would expect from such a humungous federal program but in terms of technology, it’s a home run.