Did You Know That Everyday Hackers Are a Huge Threat to Your Business?

Everyday hackers are among the most pressing threat your business faces today. Are your protections in place? The current cybersecurity...

Everyday hackers are among the most pressing threat your business faces today. Are your protections in place? 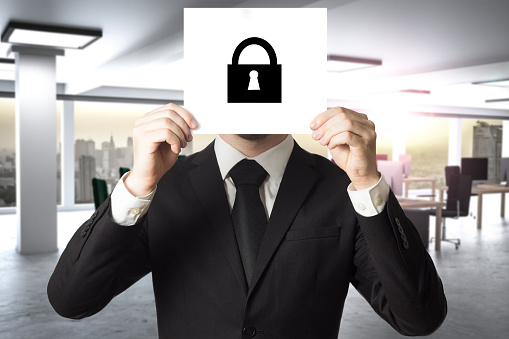 The current cybersecurity situation plaguing businesses worldwide is a lot more dangerous than we previously realized.  Since 2013, an incredible nine billion data records were lost or stolen due to breaches.

To make matters worse, only 4% of those breaches were “secure breaches,” meaning that some or all of the data that was stolen was encrypted by hackers, and ultimately rendered useless.

When you break down these statistics, the situation looks dire. It’s estimated that:

By the time you get to the end of this sentence, approximately 305 sensitive documents have been compromised online.

How’s that for putting things into perspective?

This is all from the work of everyday hackers—And, not sophisticated criminal organizations like something out of a James Bond film. The truth is rarely that “sexy” regardless of how much we want it to be.

The Curse of the Everyday Hacker

Thanks largely to feature films and television shows that glorify hacking, a wide range of myths prevail around the people who are online daily trying to do you harm. These aren’t creepy criminals who operate from some secret, underground fortress – Most of them are working out of their homes or offices.  They may even be in your neighborhood!

These everyday hackers aren’t trying to break into the computer systems of world governments.  They’re just trying to figure out your credit card PIN numbers.

They also don’t spend months targeting any one victim, pouring over key details until they identify exactly the right piece of info they need to get the results they want. Sadly, they’re far more opportunistic than that—They usually try anything and everything, “throwing it all at the wall to see what sticks.” Unfortunately, more often than not, this is much easier than it even sounds.

Enterprise and business users must realize that these everyday hackers are the true threats to must protect against. It’s everyday people who are working hard to get into your business.

Worst of all, many businesses don’t prioritize cyber security efforts.  This is just like handing over the keys to your safe.

One of the most common methods everyday hackers exploit are weak passwords. Your employees are probably using some right now. This sounds incredibly basic, but it’s also frustratingly true—Employee education must be a top priority. Teach them the difference between a strong password and a weak one. And make sure they understand the very real consequences that come from the latter.

Outdated systems are another favorite of everyday hackers. Take Windows XP for example. For a while, it was one of the most widely used operating systems in history—Your own company probably spent years using XP.

Even if you still love it, and it does what you need, it’s imperative that you upgrade to something more modern like Windows 7 or (better yet) Windows 10.

Outdated operating systems like Windows XP are no longer supported, which means that as soon as a new vulnerability is identified your entire system could be easily compromised. Plus, Microsoft will no longer be releasing security updates to fix these problems.

Ransomware is a favorite of everyday hackers in large part because of its simplicity and effectiveness. Viruses may seem complex, but in reality, they’re not. Ransomware is easy to write and even easier to execute–All you have to do is trick someone with the right security credentials into downloading and installing a file on their computer.

Once the file is executed on their machine, the hacker has literally every kilobyte of data at his or her disposal – and they can ask for whatever they want to give it back (or not).

The old saying, “crime doesn’t pay” proves false when it comes to everyday hackers. These are the people you need to be worried about—the ones your security policies should be designed to keep out.

Cybersecurity is one of the most pressing issues of the common era—The best thing we can do is to learn as much as we can about the dangers we’re up against. If you think that “super hackers” or sophisticated people with unparalleled skill are the only ones you need to worry about, think again. Everyday hackers are just as dangerous, if not more, so because they’re right here among us, and much more difficult to detect.

If your business is in SALINAS and you’d like to learn more about this or other cybersecurity and IT-related topics, please don’t delay. Contact Alvarez Technology Group, Inc. at (831) 753-7677 or info@alvareztg.com. We’re ready and waiting to do whatever we can to help.