While many people around the world are merely talking about “The Internet of Things,” Luis Alvarez and his Alvarez Technology...

While many people around the world are merely talking about “The Internet of Things,” Luis Alvarez and his Alvarez Technology Group are actually developing better ways for the IoT to better our lives. Namely, through agricultural advances like those that monitor and self-regulate milk production of cows and other livestock, and analyzing soil and hydration metrics in greenhouses and farmers’ fields. At a recent conference called XChange 2016, Alvarez highlighted the fact that the IoT is “happening today,” meaning “stop thinking about it in the future tense – it’s here, and it’s working for us.” The implications for “vertical farming” are tremendous. 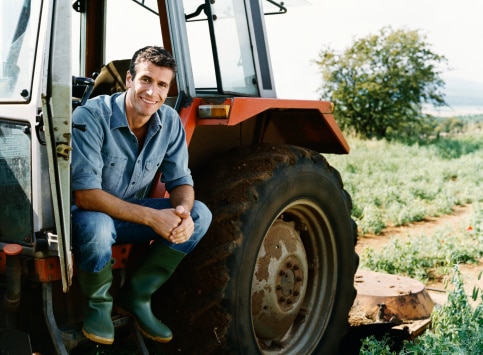 The Internet of Practical Things

Alvarez’ company is working with its clients in vertical agricultural markets to help network connected sensors which monitor crop growth and water usage and streamline the relaying of crucial data points, which can then be analyzed and reiterated to help economize the overall function and operation of farms, greenhouses, and garden nurseries. It is the inherent practicality and self-regulating applications of the IoT that Alvarez is keenly aware of. Call it his genius loci, or forte, or whatever you like, but Alvarez is one shining example in the often cloudy world of technological progress, lighting the way to a future wherein machines and AI work strictly on our behalf – as well as on the greater ecology’s behalf.

A Future of Things and Smart Networks

If the Alvarez Group’s advances take hold globally, we are looking at a real chance for meaningful economic recovery – in the agricultural industry, and any others where Alvarez’ IoT developments are allowed to take root. Just imagine: self-correcting budgets, auto-regulating cars that will produce less smog, or the self-regulation of any machine or device that could otherwise waste time, money, or energy.

It’s precisely in the industries that will bring us the best advantages where we need IoT-ICT (Information and Communication Technology) devices and “smart networking. This is where Luis Alvarez’ keen sense and genius best serve the greater good. He’s not looking to link-up more economical carburetors on souped-up dragster cars, nor is he looking to put IoT smart devices on weapons or spy satellites. Alvarez is a true humanist and ecological warrior in the sense that his smart-networked agricultural monitoring devices touch on the three primary kingdoms of life on this planet – homo sapiens, plant, and animal – with aims at making all three a bit less, well, overtaxed.

Visions of a Super-Connected World

Alvarez’ statement that “IoT is happening today,” underscores the point that the future is not out there in a someday or tomorrow sense – it’s happening right now. So, let’s embrace it, and make it and its gung-ho march toward an AI-controlled landscape and economic infrastructure work for us, may be one inference. There is the cost-cutting element, which is first on the list as an absolutely essential by-product of all this IoT innovation. Following close behind in the advantages department are safety, convenience, and greater productivity.

Operational efficiency is high on every company’s list. Says Alvarez on IoT productivity and cost-cutting: “Because of automation and robotics, 24 people now work at the plant [where 200 used to], and they produce twice as much. The goal for most of my clients on the manufacturing side of agriculture is to reduce that head count by half, and increase the yields by 100 percent in those same plants over the next five years.” And when you factor in how IoT networking enables more information flow on a wider variety of metrics, as well as how it will monitor assets (physical and abstract) for companies, then Alvarez and company hit the mark again.

Says Alvarez on this point: “All that data is real-time uploaded to dashboards and the cloud, and they can pull out their iPads or smartphones and get that information.” And, he goes on to point out how critical that factor is for CEOs, farmers, and entrepreneurs who “have a lot of expensive equipment scattered around the country or internationally.”

Luis Alvarez will be speaking on his agricultural IoT innovations at the KMC Genius Summit 2016 taking place at The Langham Hotel in Chicago, October 10-12, 2016. IoT security will be a main topic of discussion there, which will feature multiple speakers. The Genius Summit has a registration deadline of September 8th.

To learn more about what we can do for your SALINAS, CA business’ IT systems,