7 Big Problems with Legacy Systems that Everyone Should Understand

Legacy systems are a pain – but they can also be dangerous for your business. Here’s why. Let’s be honest:...

Legacy systems are a pain – but they can also be dangerous for your business. Here’s why. 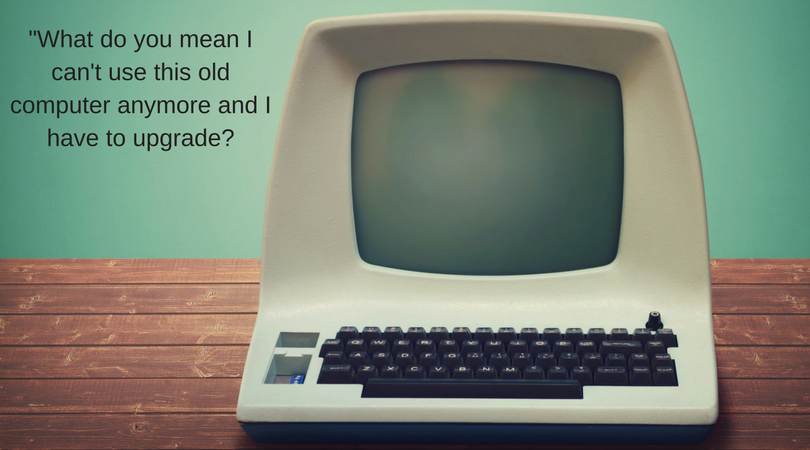 Let’s be honest: No one really likes legacy systems. Most legacy setups at companies happen because something else goes wrong – there’s a compliance issue, or a rollout is too difficult to do all at once, or ongoing projects require older software/hardware…or decision makers who just don’t like change. But while we all know legacy systems are annoying, they’re actually a lot worse than that: They can do real damage to a company. Here’s why.

This is a big one, so let’s unpack it. A strategy that includes legacy systems is a “stop and start” strategy. It deals with change in big chunks, followed by long periods of static, unchanging business. That was the mainstream way to run a business throughout the industrial age, and companies have incorporated it into their DNA: Have a short period of adaptation to make any necessary changes, then stop until another wave of necessary changes come along.

But that’s not how the world works anymore. Intermittent changes leave us with legacy systems that last until the next phase of change, weighing the company down in a nonsensical model. Fortunately, there is another option, which people are currently calling “lean IT.” Like other lean models, the goal is to make continuous improvements and positive changes to IT systems instead of getting stuck in waiting mode. It’s particularly well-suited to digital and data-oriented changes. Even better, it discourages the myopic views that lead to legacy systems being necessary in the first place.

If you’ve worked in data security or software updating before, this should make a lot of sense. Security is based largely on that lean IT concept we mentioned above: Continous changes made to meet the latest threats. Legacy systems by their nature struggle with this because of their age. Certain vulnerabilities may not be as easy to fix due to the large, inflexible nature of older systems. Even if there is a fix, the patch is typically greatly delayed (we saw this with Windows XP and WannaCry) because it is much more difficult for developers to create a legacy fix – and far lower on the priority list. As a result, after a period of safety legacy systems quickly enter a phase where they are a danger to the company.

You know who doesn’t have legacy systems? Every single B2C customer out there. They don’t even understand the concept: When technology moves on, they move with it. When a new generation comes out, they use it. When a new app becomes popular, they download it and start using it.

That poses a problem for businesses that have a lot of customer interaction. How do you communicate if you are stuck using a legacy system and restricted from using newer apps, while your customers are racing with the newest Instagram features and Windows 10 updates with chatting options that you can’t enable? It’s even worse when a competitor doesn’t have this legacy problem and can jump ahead.

4. Legacy Systems Are Not Cost Effective to Manage

On one hand, it may seem like legacy systems should be less expensive. But over time that becomes less true. Support and updates for older systems (if available) is usually much more expensive than support for the current model because it takes a lot more work for developers to offer continued maintenance and updates.

We already discussed customers, but what about everyone else? Legacy systems typically support file and data formats up to a point – and then those formats evolve beyond what the legacy system can handle, which often only takes a couple years or so. That means business are stuck using older formats that their clients, partners, or suppliers may not be able (or willing) to use.

Let’s go psychological for a second: What does the embrace of legacy systems say to a workforce? In part, it tells them that it’s okay to not change. That it’s fine to put off today’s concerns and leave them for a distant tomorrow because yesterday’s habits and solutions are still working. Is that really the view any business wants to encourage in their employees – especially when training them in new skills?

At this point, older systems tend to be large, clunky, and very proprietary, which makes them difficult to change and customize. New systems, meanwhile, are far more flexible and made of smaller parts that are easier to adopt on an as-needed basis. IT workers really appreciate the latter and are really tired of the former. Take note.

Have more questions about updating your SALINAS business systems, or managing legacy systems in an appropriate way? Alvarez Technology Group, Inc. specializes in helping companies in your position. Contact us to ask for more information at (831) 753-7677 or info@alvareztg.com.