5G Cellular Network: Can It Cause Interference in Airports?

The 5G network is potentially very risky. In fact, a 2020 report by RTCA, a US organization that produces technical guidance on aviation problems issued a warning of a possibility of calamitous failures leading to numerous fatalities if appropriate mitigations aren't instituted.

5G Cellular Network: Can It Cause Interference in Airports?

The new 5G cellular services have raised concerns of interference with airplane operations, particularly as they land at airports. However, the Federal Aviation Administration (FAA) has assured Americans that most commercial aircraft are safe, and Verizon and AT&T also agreed to delay the deployment of 5G cellular antennas near airports that had threatened to result in multiple flight cancellations. This post will walk you through all you need to know about the 5G cellular network and whether it can cause interference in airports. 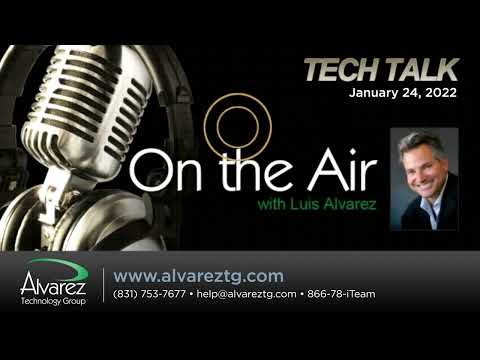 What Is 5G and Can It Disrupt US Aviation?

To make it a reality, wireless companies spent roughly $81 billion to purchase the right to use certain parts of the radio spectrum, specifically C-Band frequencies between 3.7 and 3.98GHz. These radio frequencies are in close proximity to the ones utilized by radio altimeters (4.2-4.4 GHz) on airplanes, which transmit radio airwaves from the airplane toward the ground to help measure the plane’s altitude. The altimeters are especially handy in mountainous areas or on cloudy days when pilots can’t see where they are landing.

The concern with 5G is its transmission could interfere with the operations of various systems in an airplane, thereby causing safety issues, especially when it is landing. That said, whereas the FAA thinks that signals sent over C-Bands can interfere with altimeters, more so older ones, the Federal Communication Commission (FCC) has already determined that 5G wouldn’t pose any problem for modern altimeters.

How Risky Is the 5G Network to Airplanes?

The 5G network is potentially very risky. In fact, a 2020 report by RTCA, a US organization that produces technical guidance on aviation problems issued a warning of a possibility of calamitous failures leading to numerous fatalities if appropriate mitigations aren’t instituted.

More recently, the FAA issued a warning that the interference caused by the 5G network could result in problems with various systems on Boeing’s 787 Dreamliner. This could make it difficult to slow down the plane when it is landing, thereby resulting in it veering off the runway.

To mitigate these risks, the FAA imposed approximately 1500 new restrictions on airplanes that are operating in 5G conditions, including extending the runway certain airplanes need to land and limiting the kind of hardware pilots can rely on. These regulations won’t just affect commercial airplanes but also helicopters and smaller jets.

While other countries also have concerns about the impact of 5G on the aviation industry, their level of concern is lower in comparison to the US. This is because the 5G deployment methods vary among different countries. For instance, in the European Union (EU), networks function at lower frequencies than those US network providers plan to deploy – minimizing the interference risks.

Nonetheless, some countries have taken additional measures to further minimize possible risks. In France, there are ”buffer zones” near airports where 5G networks are restricted, and antennas are tilted downwards to prevent possible interference.

UK regulators and airlines don’t seem unduly worried about 5G networks. In a safety notice published sometime in December, the CAA (Civil Aviation Authority) said that there hadn’t been any confirmed instances where 5G interference resulted in an airplane system malfunctioning or manifesting unexpected behavior. It also stressed that different national mobile communication strategies might mean that some countries face greater exposure.

So, What’s the Problem in the US?

The discussions on how the transition to the 5G network should be conducted have been brewing for years and intensified in the recent couple of months. AT&T and Verizon initially planned to launch 5G in December 2021 but decided to delay the rollout until the beginning of January amid concerns raised by the aviation industry.

On 3 January, the telecom companies again agreed to halt the rollout until 19 January to facilitate further coordination. They proposed several measures to mitigate the possible impact of switching to 5G, including minimizing the strength of their 5G around airports and operating 5G service at lower power levels nationwide for the first six months.

However, by 17 January, the aviation industry and the telecom companies still didn’t appear to be reading from the same page. The airline industry and the FAA say they have tried raising alarms about the potential interference the 5G C-Band will bring, but the FCC keeps ignoring them. The FCC, telecom companies, and their supporters argue that the aviation industry has known about the C-Band technology for many years but did nothing to prepare –they chose not to upgrade their altimeters. Plus, the FAA failed to start surveying equipment on airplanes until a few weeks ago.

How to Ensure That 5G Network Doesn’t Disrupt Aviation Operations

One suggestion was that airplanes shouldn’t be allowed to use radio altimeters in scenarios where there is a serious risk of interference. However, that would restrict the ability of some airplanes to land, for instance, due to poor visibility.

According to Airlines for America, which represents 10 major carriers, restriction of the use of radio altimeters could potentially lead to over 1,000 flights being delayed or canceled during bad weather conditions. This will mean that the vast majority of the shipping and traveling public will essentially be grounded. It also suggested that this restriction could render a large part of the US aircraft fleet unusable.

The FAA has instituted temporary buffer zones in approximately 50 airports. Even so, these buffer zones are relatively smaller compared to the ones being used in France. Plus, US transmitters will function at significantly higher levels of power. The aviation administrator has also started identifying the altimeters that can be used in areas where the 5G network has been deployed – and altimeters that aren’t reliable enough will need to be replaced. It has also identified airports in which GPS systems can be used to guide approaching airplanes instead of using radio altimeters. Even so, airlines are insistent that these measures aren’t enough and claim that the 5G network shouldn’t be activated within a 2-mile radius of the affected airports.

The airline has been working on new standards for altimeters to ensure that they can’t be affected by the 5G network. On the other hand, Verizon and AT&T have decided to operate 5G service at lower levels for six months and minimize the strength of 5G around airports.

For more information on how 5G causes interference in airports and other technology news, contact Alvarez Technology Group.